Almost half of the Australian (CASA) Register are Robinsons. Although our accident rate could be better; the NZ CAA has indicated they have had a problem over the past five years, or so. The have made a NZ CAA approved the Robinson Safety Course mandatory; with a currency of two years.

ATSB's best R22 accident report concerning rotorstall and bad throttle handling during a practice forced landing has been reproduced in the latest edition. A good update for instructors and those pushing beef all day long and at low level.

Just a reminder that two courses have been schedule on the Sunshine Coast from Sat 22 to 23 June 2019 and Sat 19 to Sun 20 October 2019. Nice weather away from the winter ills down south. Helitec is hosting the course; which was originally designed for the past popular insurance industry discounts. But extensively updated with the latest technical information.

Just to save you time searching, NZ CAA RSC rules are:

All Robinson R22 and R44 pilots are required to undergo Robinson safety awareness training. Key elements of the training include:

A syllabus of R22/R44 ‘Ground’ and ‘in-flight training’ is prescribed. The training is carried out by CAA certificated Part 119 and 141 organisations, or operators who have an approved Robinson safety course. It is delivered by suitably approved and qualified A or B-cat instructors. A General Aviation examiner with Robinson safety awareness privileges must approve the A and B-cat instructors delivering the awareness training. The training is also required when new pilots are type rated. Ongoing training is required every 24 months.

The pre-solo dual requirements on the R22 and R44 have been raised to 20 hours.

All pilots are required to complete a CAA approved Robinson safety awareness course, or Robinson factory safety course, every 24 months.

Comments requested? How are the Kiwi instructors coping with the new rules?

The new rules have been in effect for a couple of years now and I’d say everyone is coping just fine.

Some of it is bullish!t but aside from the additional cost to the pilot it is good to review basic safety in the robbies from time to time and spend some time practising manual throttle control and low rpm recovery. It’s also an opportunity to practise low-g recognition and recovery. Especially for inexperienced or low time pilots that perhaps don’t fly a lot. And, of course, practising autos is always good skills refreshment.

Once your initial RSAT is signed off at first solo time, whilst a student, it is redone every 90 days. As a licensed pilot it’s renewed every two years, normally in conjunction with a BFR. 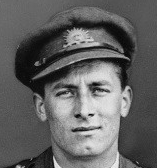 Strange given they're usually the same training team, but if you fly outside of NZ such as in the US, it's worth noting that only the Robinson factory course in Torrance covers FAA requirements along with all other locations.
Top

The Sunshine Coast RSC course previously mentioned has been moved to a Brisbane venue. Apologies.

Also, the factory has released a new Flight Training Guide on their website. Following an FAA investigation into a number 1983 accidents after only 300+ R22's had been sold; the RHC was required to add safety notices to the R22 Handbook and retrain the instructors into flying a relatively low-inertia rotorcraft - the role of the guide.

A course had been planned for early in 2019. But at that time Australia was struggling with an enormous number of natural disasters. In one area widespread flooding occurred, and in another a fire disaster ran riot. And of course, several cyclones decided to stretch the limits of the local emergency services in the area being affected. Following the Queensland floods where more than half a million cattle were believed lost, most light helicopter resources were engaged in SAR and post disaster recovery operations. This involved prolonged food delivery operations to stranded cattle and other livestock. Helicopters were in enormous demand to provide help to the regions suffering such enormous losses. As a result, the inaugural course at Maroochydore was cancelled.

After things settled down a school in Queensland offered to host the deferred inaugural 2019 Robinson Helicopter Safety Course which was run from from Sat 22 to Sun 23 June 2019.

The facilitator explained to the attendees that over the past twenty years there had been a big drop in Robinson helicopter accidents. The mustering accident rate in 1998 was 26/100,000 hrs. It was not good. ATSB showed this resulted in a fatal rate of 3/100,000 hours. It showed then the life of a mustering pilot then was 6 years (flying 1,000 hrs per year). A charter pilot who flew 500 hours per year was better off because his life was 18 years. Unfortunately, a private pilot went flying 250 hours per year had the potential of dying in an accident only after six years.

They were the good old bad days!

The class was relieved when the current mustering rate was now 12/100,000 hrs. (about half). This meant the theoretical life of the mustering pilot was now 11 years, a charter pilot could make it to 30 years and the private owner moved from six years to 16 years.

In summary, it was stated:
• one in nine light helicopter accidents are fatal,
• one in six light aircraft accidents fatal,
• Robinson global fatal rate is now less than 1/100,000 hrs now a much safer situation.

The lower Robinson fatal rate is due to the fact they often hit something a lower speed than an aeroplane.

Bar talk. For those who like to enjoy a drink with their aeroplane friends and win a few bets, would probably be unaware of the real comparison between rotorcraft and light aircraft. So what is dangerous or not?

• Agricultural flying in both categories is the most dangerous.
• Helicopters crashed twice as often as aeroplanes.
• Training helicopters crash only half as much as charter flights. (Latter is half mustering rate).
• Private pilots are high risk. Lack of currency?
• We are twice as bad as the USA figures.

Any plans for a course south of the Brisbane line this year? I'm always happy for a trip up to more tropical climes, but the next course conflicts with a wedding, unfortunately.
Top

I’m interested to know where you got your statistics from for your accident figures? Ie who’s count of number of accidents and number of flight hours did you use?

The data is gathered usually from reports published by ATSB, CASA, OEM and other industry associations. With the Robinson R22, finding figures for the initial safety courses was difficult because nothing really lined up. However, the insurance industry who handle most of the accident claims had better figures than the regulators. After all they must investigate an accident, provide spare parts, or write off the aircraft to ensure the settlement is fair to all parties.

During the terrible 80s, Frank Robinson, was very distrustful of the Australian data which emerged after the R22 was introduced into Australia. He was particularly interested in our accidents so he could get a better understanding of how his product was going out in the field.

Today, as then, legal litigation drives every manufacturer to be very alert to any incident which could be used by the legal profession; especially in the USA.

But during 80s some trends emerged which caused him grief; to say the least, because of the widespread under recording flight hours in Australia. The old rule of flying three and log one was rampant. CASA audits often picked up discrepancies between hours logged on the documentation for the pilot and aircraft were totally out of synchronisation with that shown in the invoices.

This leads to possible prosecutions; falsifying regulation required documentation is usually known as impost, or similar. Overcharging on invoices, which was rare, is fraud. Conviction of either is bad news for an offender applying for positions of trust such as a chief pilot (HOO). He may have to wait several years before reapplying.

In one study the undersigned did for an Australian Appeals Tribunal hearing, was the study of more than 864 Robinson R22 accidents around the globe. I will comment further on these findings in my next post which involved the regulator bowing to folklore and not hard facts when demanding light piston engine helicopters be replaced by light turbine machines. It was the crocodile egg collecting saga of a decade or so ago which showed the difficulties the regulator had when non-pilots have to write an NPRM to tighten up on the rules on egg collection because they saw something on TV.

Fortescue Heli CP and others, please keep these questions coming,