General stuff that gets thrown about when Helicopter Pilots shoot the Breeze.
Post Reply
3 posts • Page 1 of 1

I guess all these decisions (Tiger, Sea Sprite, MRH90, Submarines, etc, etc.) are “committee”, so no one is to blame.

The military asks for something, and the politicians then stuff it up by demanding that bits of it are made in their electorate. I need the votes, cut the order into small bits and make it unique to Oz so that it is impossible to buy off the shelf.
Arm, arm, I Gunga Din, the door slockt.
Top 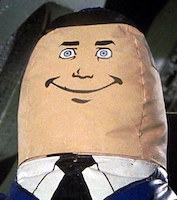 Military procurement has always been thus.

First, a requirement is drawn up. Then this gets sent up the chain to people far removed from the people who actually require it. After this, tenders are drawn up, and the usual assortment of companies with friends in low places make their bids on the time honoured system of 'we know they will go for the lowest quote, so we'll undercut everyone, then act surprised when we have to triple the budget later, and make the rest up on spares and servicing for the rest of the lifetime'.

After much deliberation, testing, and changes due to military procurement changing their minds, politicians getting involved with the aforementioned grabs to get parts produced by their electorate and the manufacturers actually having to produce something, anything based loosely on a set of half arsed guesses, promises and outright lies on what is even possible with the technology and materials available, the thing is brought into service, usually very late, and is already outmatched by the other side. This is seen as fine, and it automatically justifies the next upgrade/tranche/successor and around we go again.

Not pointing fingers, but if you look without too much narrowing of eyes, you'll usually see various personalities involved in the scoping, design, management, procurement and support of said systems retiring to work in 'advisor' positions on the boards of the manufacturers once they leave the service. Not that this is in ANY way related.. oh no no.. 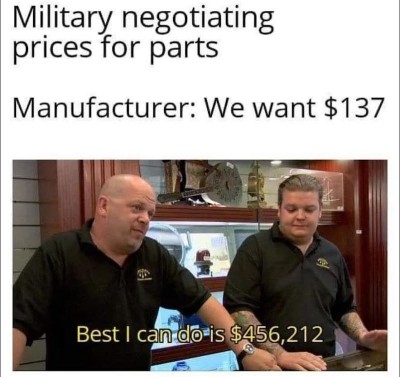 The only thing two helicopter pilots can agree on is what the third one is doing wrong.
Top
Post Reply
3 posts • Page 1 of 1

Return to “On the Job”

Users browsing this forum: No registered users and 7 guests