Looking for somewhere to post an unusual question? Got something that doesn't fit anywhere else? Do it here...
Post Reply
17 posts • Page 1 of 1

Does anyone know what machine type and who is operating and doing the maintenance on the choppers for the new powerline contract in Vic which have just advertised for pilots on HeliJobs.com?
Regards
Top

Would love this oppertunity......
The only time you have too much fuel is when you're on fire.
Top 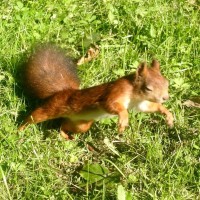 I’m not much help but appears CitiPower along with Powercor are setting up a aviation wing, I guess they think they will save money if they don’t have to contract the work out, only if they knew.

mdav wrote:I’m not much help but appears CitiPower along with Powercor are setting up a aviation wing, I guess they think they will save money if they don’t have to contract the work out, only if they knew.

Perhaps it doesn’t have anything to do with saving money.
"You'll have to speak up, I'm wearing a towel."
Top

They have been gold plating the networks for years , 5-10 helicopters and crew , won’t even scratch the bottom line ...broken lines will.

Australia is just catching up with the rest of the western world , building it’s own air wing.

Fill-level wrote:They have been gold plating the networks for years , 5-10 helicopters and crew , won’t even scratch the bottom line ...broken lines will.

Australia is just catching up with the rest of the western world , building it’s own air wing.


True, there's a company in England (Western Power) that run their own fleet of EC135 aircraft on Powerline Inspectons. Not many would knock that back over here.

Good luck to them.
Top

Back in the 90’s Transgrid and the RMS (DMR) both had 109’s for powerline work and transport respectively.
"You can watch things happen, you can make things happen or you can wonder what happened"
Top

So does anyone actually know anything about this? machinery type? etc? any rumors?
Top

A noob on the subject
New Member

Hey man, got nothing on the power lines job, but whilst I went looking for it on Heli Jobs, I found this rather interesting SAR Co-Pilot job with CHC if anyone's interested.
Appears to be out of RAAF base East Sale, VIC.

This link takes you directly to the job description on their website:

In a previous life, I did a lot of powerline work for the various councils, Prospect, Illawarra, and others whose names have sunk into the morass of large-scale agglomerations. In the early 90s, Prospect decided that only chopper companies certified to AS 9002 for Quality Assurance would win the contract. There were none in existence, but we jumped into the deep end and started the expensive certification. No way it would be finished before the tenders closed, but at least ours was the only company that had started the process, so we won the tender.

We flew their lines, and noted every fault, broken insulator, tracking on the crossbar, wire unravelling, all the detail. Even found a pole that had been splintered by lightning, the wire on the ground, and a dead cow that had trodden on the wire. Next to the cow were a dead fox that chewed on the electric cow, and a pair of feet and some feathers that belonged to a crow that pecked the powered-up fox. All reported in high fashion.

The SA certification came through for us later, and the following year we were still the only company to hold it, so we got it again. And there were the same faults, including the same splintered pole (but replaced) with the bones of the cow, the fox and the crow. I asked why the faults had not been fixed, the inspectors said that the councils had been forcibly amalgamated, and instead of each area having its own repair team, there was now one team for the whole lot. They found that fixing things when spotted was too expensive, better to wait until it fails and then fix it.

Following year, a large section of the area was taken out of the contract - when asked, they said that one of the local inspectors had his own Cessna and a private licence, and he was doing the inspections for a fraction of the price. I asked how an inspection could be done from 200' and 100kt, and without the ability to stop and have a closer look, and illegally, without an AOC? The reply was, "The reason for the inspections is to tell the insurance company that the lines are in good condition so that a policy for coverage will be issued. This satisfies the insurance needs."

So much for Quality Assurance.

The A109s of Dept Main Roads and the ELCOM were mentioned - the DMR chopper became the unofficial VIP transport for Nifty Neville and his state govt cohorts, ELCOM to a lesser degree.
Top 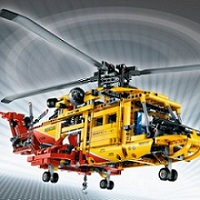 I used to work for a survey company who got very busy after the Victorian bushfires. We were working to the south of the state when high temperatures and strong westerly winds were forecast for the next day - the first high fire danger for that season. We flew around in incredibly windy conditions to a dozen or so poles. Low and behold, all had stranded wires or very dodgey insulators or connections and were obviously all already in the system and known to management. The weather made them s#!t themselves so they needed to get an inspection in quick smart. Fortunately nothing eventuated, made you wonder why we ever tried so hard when they didn’t fix things like that anyway.
Top

Why would u need the extra expense of squirrels or 600 to do a job that a 44 could actually do? 505’s would be fine for line surveys.
Top

Why would u need the extra expense of squirrels or 600 to do a job that a 44 could actually do? 505’s would be fine for line surveys.

Depends where you are in the world...there are places that the client requires a twin!
Top
Post Reply
17 posts • Page 1 of 1

Return to “The Pilots Lounge”